The first of 2NE1’s monthly comebacks is Falling In Love.

With a summer reggae sound the mv is fittingly bright and sunshine filled.

Falling in Love includes a number of sets, some of which are rather elaborate.
Minzy is flanked by gold painted statuesque men and CL’s set features at least six different sized bottles of Armand de Brignac Brut Gold champagne. The champagne comes in four sizes, costing just over £200 for the smallest 75cl bottle and up to nearly £5000 for the largest 600cl bottle. 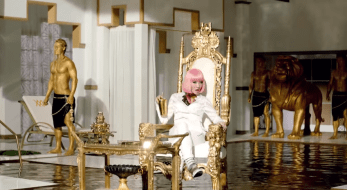 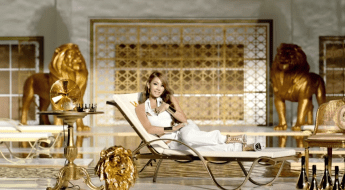 There are even sets made up of colourful corrugated steel signs and green foliage that are reminiscent of the outdoor sets in CL’s The Baddest Female mv.

We see repetition of the roman numerals for 21 (2NE1), XXI, on the gateway to the luxurious rooms, and on the lions head discs. 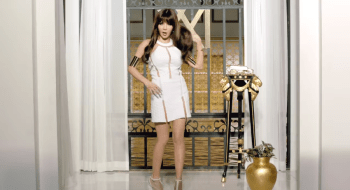 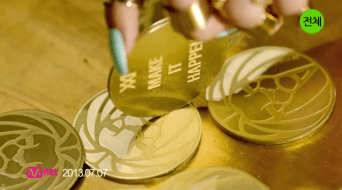 The lions on these discs also have a symbolic meaning in the reggae movement. A lion in reggae and Rastafari movements represents The Lion of Judah, the symbol of the Israelite tribe of Judah in the Book of Genesis. In the Book of Revelations the Lion of Judah represents Jesus, strength and divine truth.
The Conquering Lion of the Tribe of Judah is the King of Kings, Lord of Lords, Elect of God and Power of the Trinity. By using this symbol in the mv the 2NE1 members are showing their strength.

As always with a YG music video where would the group be without their expensive accessories? Complete with a Mercedes four-by-four, GameBoy and high tech stereo system all plated in gold the girls show their status off well. You can also spot other products YG endorse such as the Nikon brand of cameras. 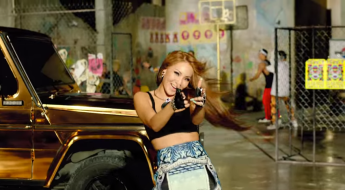 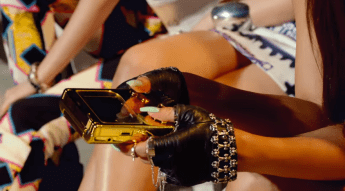 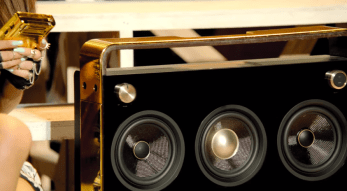 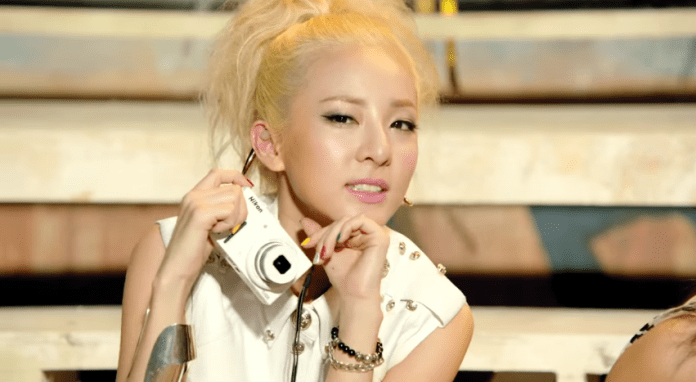 The mv features main cameos from actors come models Lee Soo Hyuk and Hong Jong Hyun.
The other males in the mv include YG’s HiTech dancers such as the Kwon Twins Young Don and Young Deuk, Kim Byoung Gun and Kwon Cheol Jun. 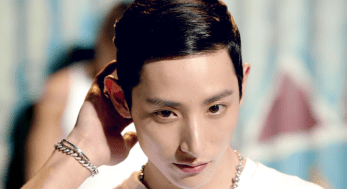 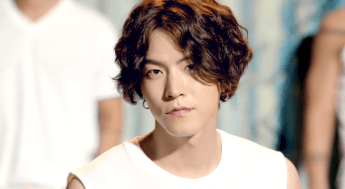 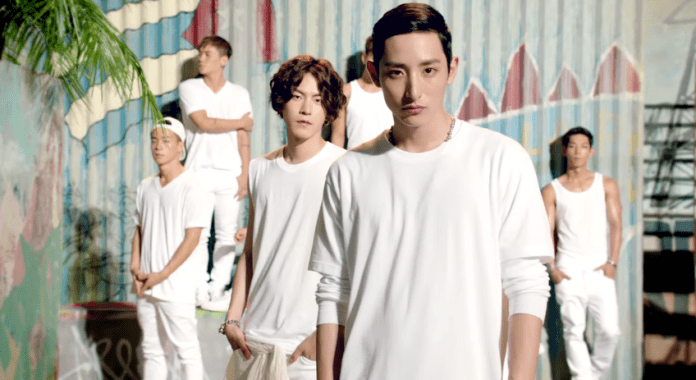 If this mv is anything to go by the upcoming monthly releases from 2NE1 should be something to look forward to!