B.A.P return with a mv comprising of a seamless mix of three tracks from their new album: Punch, One Shot & Coma.

The B.A.P members this time come out fighting in an image that appears more their own individual images than we’ve ever seen before, no blonde, no bright dyes – this is still the team they created through the brilliant concepting of Warrior, however they can stand in their own identities to be one here – the first group shot as they stand as their six member strong unit shows this. 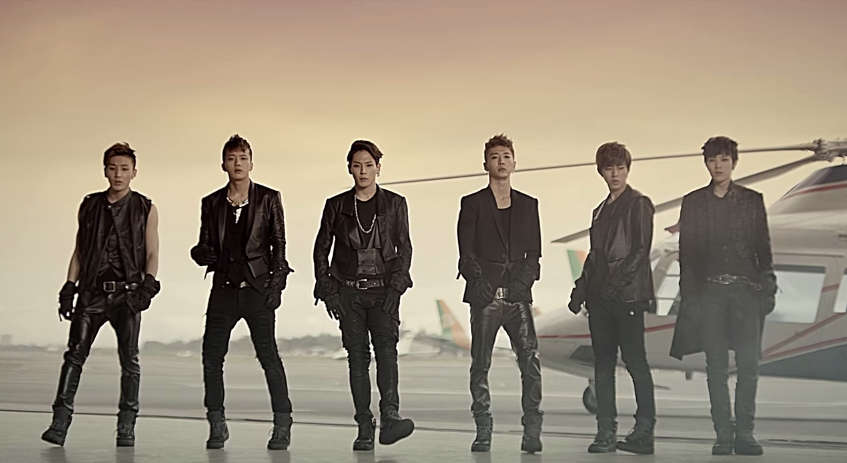 The narrative of the mv is simple to follow with drama all through to grab at the hearts of BABIES as they watch. There are even two endings to the story, neither would be wanted by the bad boy B.A.P members (apart from Youngjae in the second, alternate, ending) but they are certainly full of the required elements for a show stopping mv.

One could question details such as why Filipino Armoured transportation company CTK are moving around at least ten million in United States dollars – if we don’t question why the request is for American currency in the first place. These are minor questions in the grand scheme of things, details such as the currency used in the narrative don’t change the impact of the scenes. The drama in the narrative, is enforced by the colours tones throughout the scenes, the depths in the shots, and the rich styling used for the members. All the elements come together well to make One Shot look worthy of more than just an mv spot.

One Shot is a definitely a great comeback mv for B.A.P. Not only can you appreciate the great visuals but there’s also the talking point of favourite ending.
For me it’s definitely the first ending, full of drama, and in keeping with their team image they are all together in the close.
This hasn’t got me proclaiming my love for B.A.P, but this is a job well done.