BTS are back with their O!RUL8,2? mini album and its title track N.O.

In preparation for the album the group released an impressive concept trailer.

It seems oppressive regimes and rebellion against them is the new turn in concept trends and this is a great example.

BTS have become students in a very strict military run school. A school which implements the use of some form of medicinal brain washing to force their advanced learning. 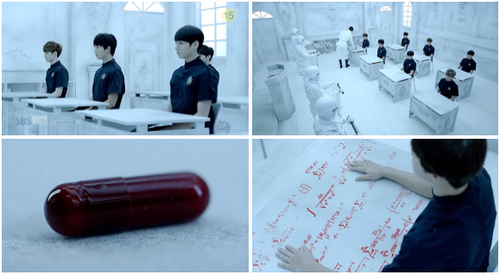 The lyrics include a mention of SKY. SKY is the acronym used for the three best universities in South Korea: Seoul National University; Korea University; and Yonsei University.

Many Korean children are pushed to do well in their studies so they will be able to attend one of these three universities to ensure a good future for themselves.
There has been a number of students drop out of the schools in protest of the academic elitism within South Korea. A topic that is apt for this mv.

The students rebel against their educators, with force, to get free of the school. 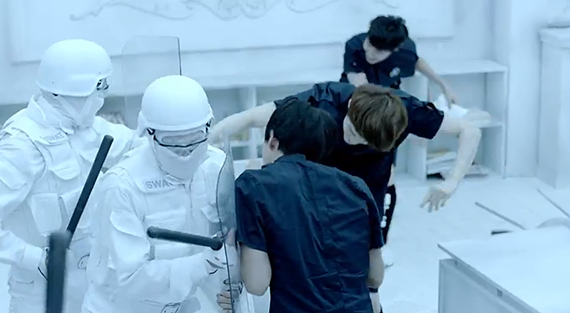 It’s not long before the SWAT team catch up with them though, and in a fashion reminiscent of the concept trailer they fight in an impressive sequence of choreography which shows a battle for power. 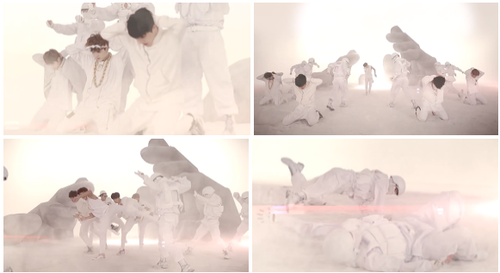 No More Dream was a song to young people without dreams, telling them they can achieve and fly, but they don’t need to do that in the way society expects. They don’t have to study in the way they are pressed to or follow their parents dreams for them.

N.O is very much true to the BTS message, and a continuation of that. Though this time more of a societal message than one to just the young people. It says that the pressure and expectation on young people to make something of their lives is too great. It is a very clear message about the academic elitism of SKY, and though the visual is extreme and of course not how any place of education works, it is fantastic social commentary.