The mv is full of intertexual links, and some rather fascinating symbolic meanings.

As I mentioned when I wrote about the teaser for Coup D’etat, a coup d’etat is when an organisation, typically a military body, overthrow the government and replace it by another body. The other body must establish a dominance for the success of the coup.

G Dragon released his mini album One Of A Kind earlier this year, an album with tracks such as One Of A Kind and Crayon on it that are big ego driven tracks, that secured his dominance in the industry. Securing this dominance he is in the perfect position to enter into his coup.

So here we go.

The mv begins with G Dragon appearing somewhat defeated in a wasteland setting. This setting is reminiscent of the wastelands in the Alive era mvs from BIGBANG in Fantastic Baby and Monster. 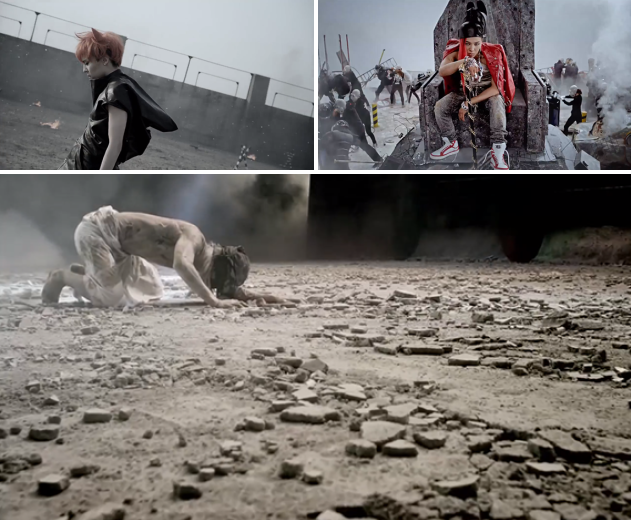 Fantastic Baby depicts a rebellion to overthrow a government who are trying to ban music and dance and Monster is about an abandoned government testing facility where humans are given advanced abilities.

G Dragon, depicted broken and alone, on the wasteland floor added to the imagery of the wall before him and the wrecking ball we see just seconds later answer that we have started almost at the end of GD’s coup. 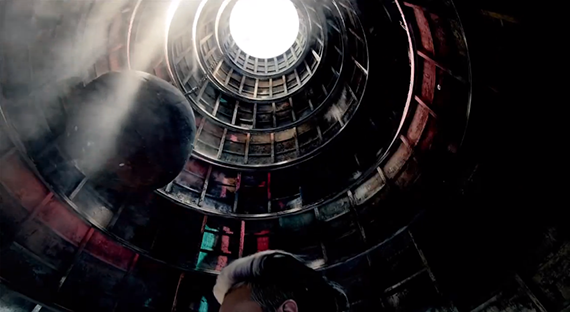 The wrecking ball is a sure sign something is going to be destroyed towards the end of the mv, probably by G Dragon, and until they we will see his rise and fall to the point at which we have started the mv.

Next we see GD taking a higher group upon a monument only for a second, this emulates his height in the Fantastic Baby mv, upon his throne in the middle of the battle ground, leader of BIGBANG, and influencer of his fans.

Also in this scene G Dragon wears red gloves, as does the little boy that looks up both the monument and up at G Dragon.
This is the first reference to an artist outside of YG that we see. Rapper San E wears red gloves in his Rap Circus mv and there are many things that link this to G Dragon.
San moved to BrandNew Music from JYP to free himself of musical restrictions and Rap Circus was his comeback track. The red gloves symbolise the boxing gloves he shall wear as he verbally takes on his musical opponents.
San also quotes some of Crayon in Rap Circus and name check G Dragon as one of the rappers that is more respected than him yet he has the talent to be just as good as. San wasn’t ‘dissing’ GD as many of GD’s fans thought at the time, he does respect him. Maybe GD is returning that respect here? 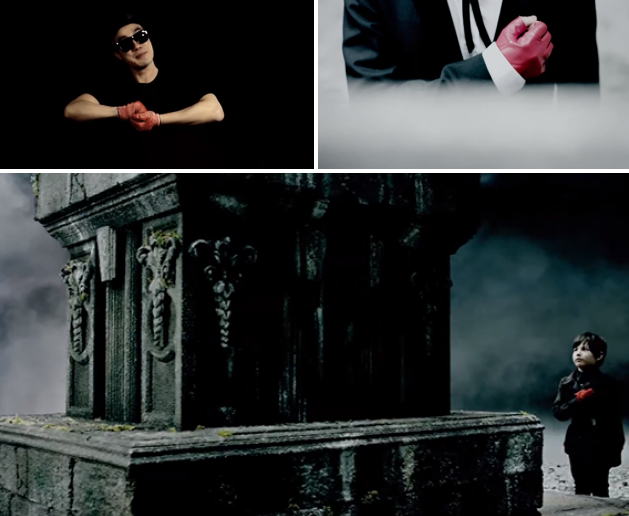 What relevance does the little boy have though? Well here is some important symbolism to do with GD’s dominance and being able to begin his coup.

GD built up his dominance though an ego filled mini album. Ego is a person’s sense of self-esteem or self-importance, their pride. Pride is the root of all sin and, they say, comes before a fall. So if his reason to be able to start a coup was his sense of pride then all of the other sins must be present in his life as pride is the original sin.

The little boy, G Dragon has to go all the way back to his youth to find innocence in his life, because his entry into the idol world was at such a young age. His sin here is envy. The envy of youth and innocence. Though it is momentary as his reflection fades and GD is adult again.

This scene flows nicely into the next as the females here wear red gloves, though I won’t speak of San again. Here the setting is more of interest. The white woodland is somewhat reminiscent of this year’s YG Monster Rookie Lee Hi’s Rose mv. 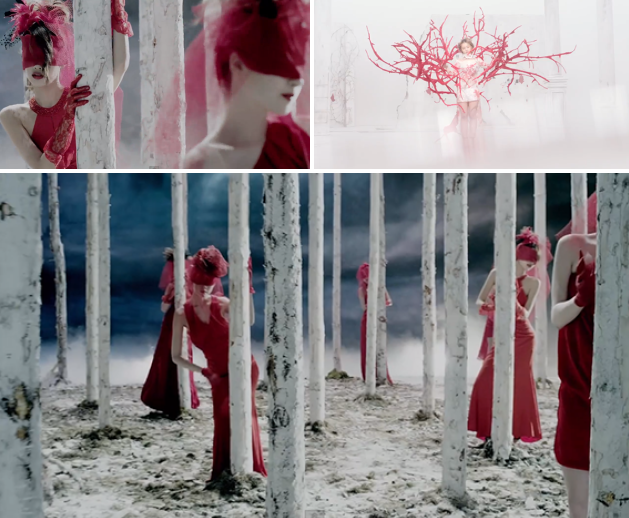 G Dragon enters the end of the scene with his shirt bloodied over his heart. This is a symbol of Heartbreaker. 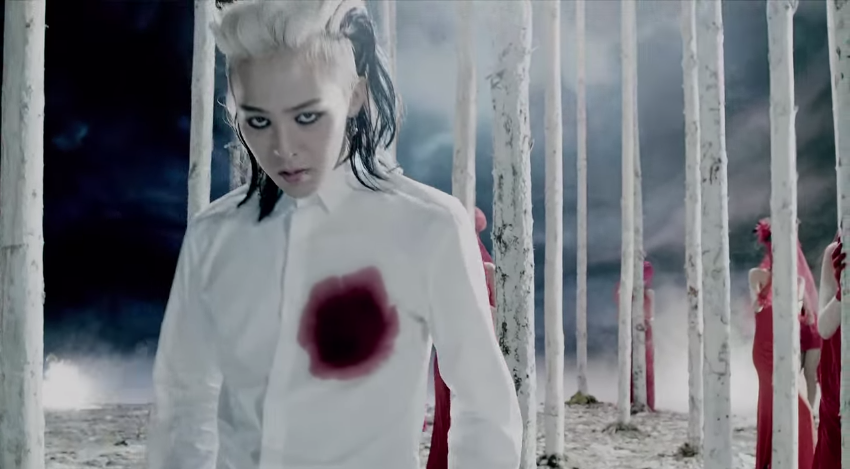 With a broken heart an array of ladies surely this is another of the sins appearing? This is of course a display of lust.

The next reference we are presented with is a James Bond one. G Dragon is seen through a round window. In 007 movies the round focus in a rifle focus however, a nice link to the coup d’etat theme.
Kpop group Super Junior used the same reference in their SPY mv.

When the camera zooms out you see the window is to a ticket booth. 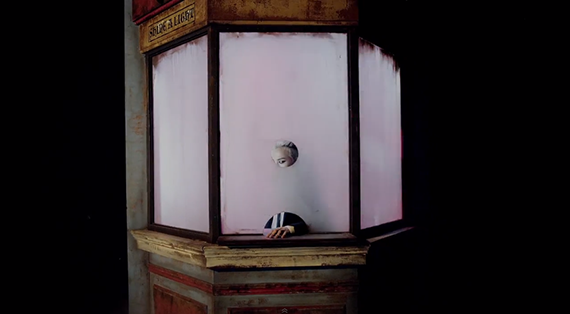 This ticket booth is called Shine A Light. Shine A Light was the name of his live concerts, therefore is an apt name for a booth selling tickets.

Inside the booth the set up is of microphones and recording reels, this is somewhat reminiscent of the communications set up in the Crayon mv.

The next scene includes an umbrella that is reminiscent of one Park Bom has in 2NE1’s It Hurts mv.

Park Bom doesn’t have a chainsaw in their mv though, this could be a lose link to the movie Texas Chainsaw Massacre as there are other horror movie links throughout the mv.

The extended scene shows G Dragon slouched under a tree, full of references. Again we have the white wood reminiscent of Lee Hi’s Rose. The apples in the tree are a reminder of the many apples we see in the Heartbreaker mv. The apples in Heartbreaker are very important with them symbolising sexual desire. Here they take on another role as they represent another sin in GD’s life, gluttony, the sin of overindulgence.
One of the apples is even carved into a skull. An ode to the late designer Alexander McQueen perhaps?
GD’s posture in this scene is a good example of sloth, the sin of laziness.

Another sin now, this time greed, and this sin is shown through cooking pots full of money boiling over.

As an example of the sin pride, in a destroyed dressing room G Dragon sits barefoot, reminiscent of scenes in MichiGo with the big-footed alternate GD. In MichiGo I have mused that bare feet and their emphasis represent that GD has worked for everything he has achieved, this is based on an old Korean saying and is established further by elements in MichiGo.

Here G Dragon appears to be strapped to an old electric chair, a modern form of execution in comparison to where my point is going to lead. (Interestingly capital punishment is legal in Korea though no executions have taken place since December 1997).
With his long hair, open(ish) shirt and bare feet you could say G Dragon is displaying what is called a Messiah Complex, the traditional cross form of execution replaced with a more modern method. A Messiah Complex is when a person believes that they are, or will be, a saviour.
In leading a successful coup he would also be believing he is saving his followers from their former oppression.

Next the backdrop is artwork by Harif Guzman. Harif is a street artist from New York, though he has artwork all over the world.

The art represents eyes always on G Dragon, and by having the idol stood in front of the street art blindfolded shows that if even if he acts blindly everyone is watching him and he will have to face up to his actions. Something he has experienced in his life.

Running into the next scene well G Dragon has lost his blindfold but the female reporters have gained them. This implies the many news sources that report on his life don’t always see the truth about him, they are blinded by their need for the next top story.
This line up is reminiscent of the way in which T.O.P sits along the numerous females in his Turn It Up mv.

Here we have a representation of pride, G Dragon need to be the centre of attention and most important.
It is also another possible representation of the Messiah Complex – in both GD and T.O.P’s mvs. It could be said that the tables represent the last supper with the rappers representing the Messiah, before the ultimate sacrifice to save the worlds’ people of their sins.

Next to GD lying in white paint, surrounded by black crows, and wearing a mask. This is another reference to a Korean musician who broke their restrictions with music and created a very unique title track.
Kim Jaejoong’s Mine mv has him chained and muzzled, having to break free of his restrictions. 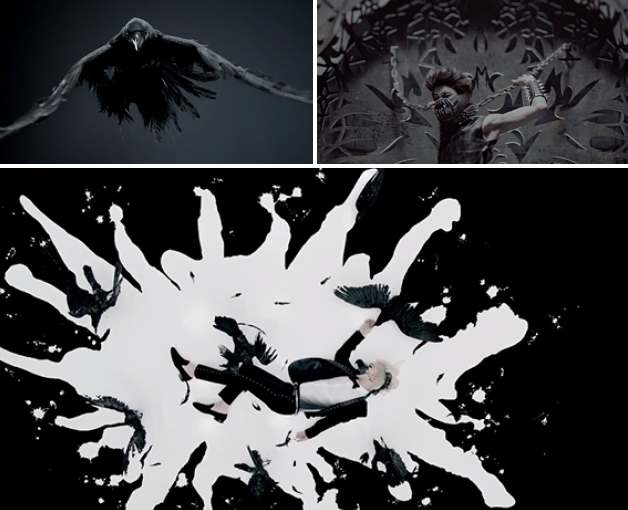 The styling of this scene could also be another reference to iconic filmmaker Alfred Hitchcock and his film The Birds, or the colouring of the cult graphic novel favourite Sin City by Frank Miller.

Then we have the crying Hearbreaker masks, the mask you’ll associate with the cover of his debut album. 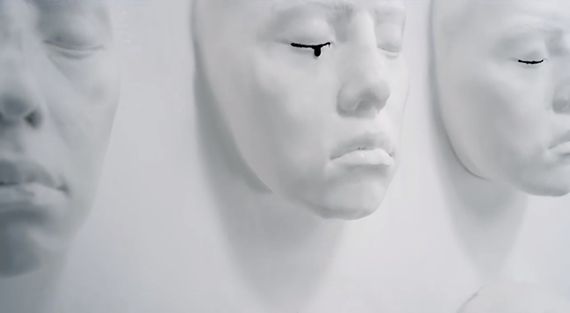 As well as these masks being a Heartbreaker reference we also see G Dragon reference Robert Louis Stephenson’s The Strange Case of Dr Jekyll & Mr Hyde. Black and white are often used to contrast good and evil and the mask is showing the outer good, the black painted face of G Dragon is showing the inner demon of Mr Hyde. Its a symbol that there is good and bad in everyone, and the black that runs out of G Dragon shows that sometimes he is unable to control the bad that is shown of him. Though as we know – from the reporters, not all we know is true, he may not be all bad.
Kpop group VIXX recently used the same reference for their album hyde and I explained the dual personality in more detail in previous posts.

Once he’s removed his mask you’ll notice he has golden fangs. These might remind you of the golden grills CL wears, which also have elongated fangs, in her The Baddest Female mv.

So, to the last of the seven deadly sins, G Dragon destroys his mask in a fit of rage, displaying the sin wrath.

This isn’t the act of destruction the wrecking ball was hinting at, but that is very close.

We return full circle to the wasteland and G Dragon is able to stand tall and destroy the wall that is before him. 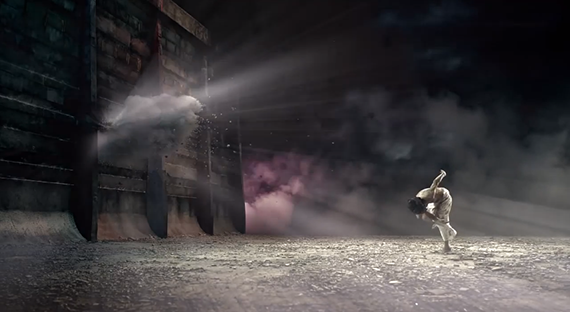 Throughout the mv you see G Dragon’s struggle with fame and sin. All of theses sins come from one root sin, this being pride.

Pride is G Dragon’s desire to be the most important, the most idolised, the most loved. It makes him stand strong and enhances his ego, whether it be too large or be kept at bay.
This sin is what makes him able to begin his coup in the first place, but it is also what makes him able to fight through all the others and stand up tall and break down the wall that stands before him, representing all the challenges that life brings him.

G Dragon can emerge as a new man because of his pride. 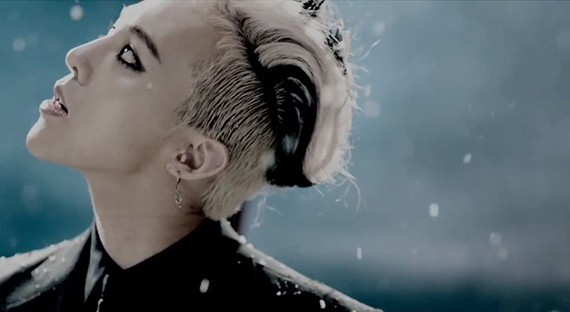 G Dragon is no stranger to meaningful mvs, with almost all of his releases being packed full of messages. Coup D’etat is apparently the most expensive mv YG have ever made and certainly is the best to come from G Dragon, it really is a masterpiece.