G Dragon’s latest music video was made by both YG and the recordings of 1000 of his fans, and is a unique peek into the celebrity of G Dragon.

By being presented in a perspex box, and using the recordings of his fans, show that he is always in the public eye. His actions and decisions are always seen. 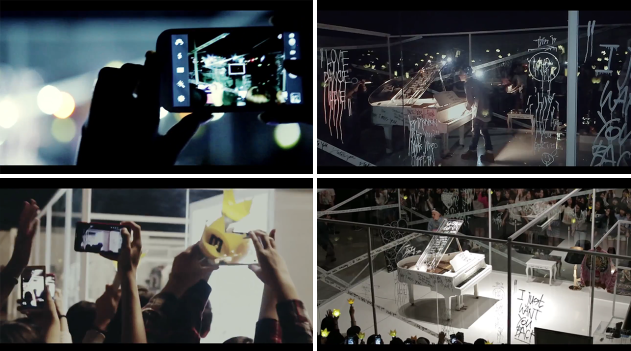 This is a theme we also saw in Coup D’etat. The art of Harif Guzman behind the blindfolded G Dragon showed that even his blind actions were being watched.

The perspex box is also something of a gallery to GD’s life and career, featuring items such as the leather jacket he wore with BIGBANG at the VMA awards and for the Extraordinary 20s photo shoot in London, the white jacket with the multi coloured sleeves from the Crayon mv, and a Takashi Murakami plush to represent the jacket he wore in the Breathe mv. This is a throwback to the One Of A Kind mv where he has his old outfits on mannequins in trophy cases, which he proceeded to smash up with tennis balls. 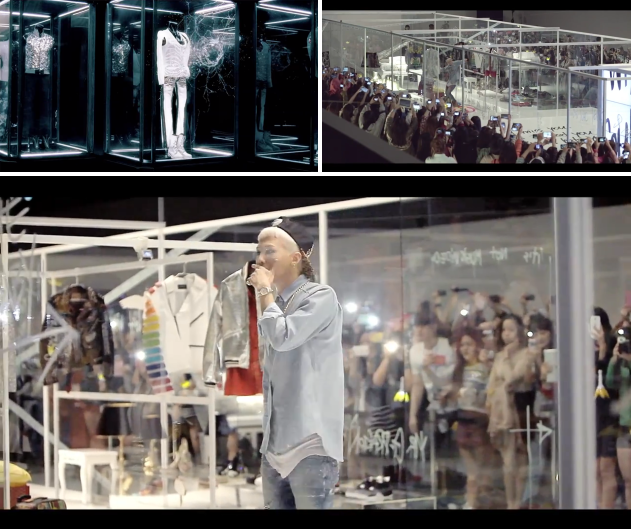 Each of the 1000 fans has their name included in a credit reel at the end of the video, so even if their footage hasn’t been used they are thanked for their involvement in the mv recording, captured forever in the career of G Dragon. 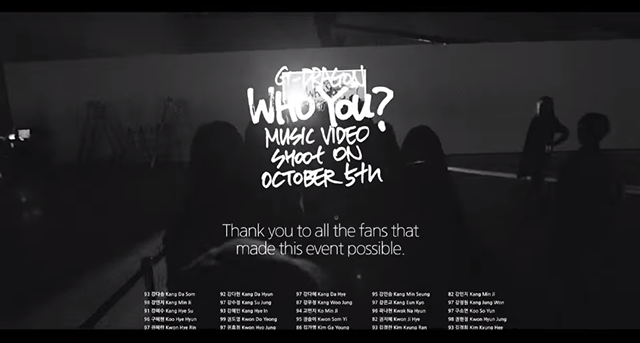 As one of Kpop’s biggest stars right now this mv captures G Dragon’s lifestyle and career well, and the involvement of his fans is not only a great way of showing how much he appreciates his fans but also a concept fairly unique to WHO YOU?.