Content caution: Profanity & sexual subjects of a sensitive nature and is rated 19 in Korea

As the lyrics cover, this much talked about mv is about a topic you’d rarely find covered in music, particularly Korean music – non-consensual sex.

The male we see in the mv is not the vocalist Bumkey, rather the actor Joo Ji Hoon, recent star of Medical Top Team.

I’m sure you don’t need me to explain the visual of the non-consensual sex, or the point at which GaIn gives in to Joo Ji Hoon.

The talking points here are the symbols used surrounding this story to strengthen this message.

The shower curtain that we saw in the teaser represents the dysfunctional relationship hidden behind closed doors, outsiders do not know the truth. 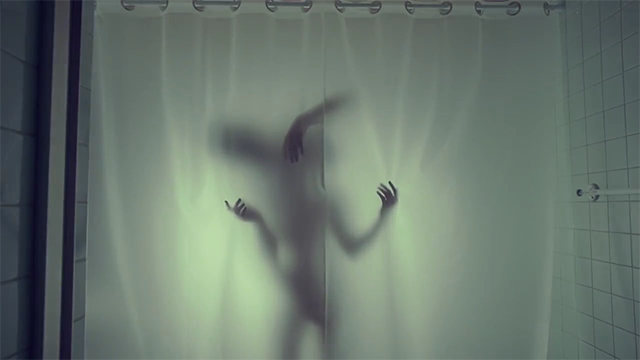 The table they sit at shows the distance between them because of their relationship. The cake before Ji Hoon shows us how love and relationships aren’t always as they seem; just as the cake may taste good but too much and it is bad for you.

Initially the candles burn on the cake, the fire symbolising their relationship, towards the end of the mv we see Ji Hoon put out the candles. Just as the fire stops burning we can believe the relationship ends.

Possibly the symbol causing most confusion is the blood in the shower scene. Blood has negative meanings of course: hurt; pain; even death. This shows just both the hurt he causes GaIn and how their relationship is destructive.

The most important part of this symbol is we aren’t shown the source of the blood. Though GaIn is in the shower and smears it across the wall with her hands, there isn’t a point at which we know for sure it is her blood.
This allows us for two readings of the narrative. One being that the blood is hers. This covers another sensitive subject, both in South Korea and around the world, that of self harm and/or an attempt to take ones life. This could show GaIn looking for an escape from her situation.

The other reading requires us to watch the mv to the end and consider how Ji Hoon appears in the conclusion.

After snuffing the candles Ji Hoon’s head drops onto the cake, and he also ends the mv slumped before a mirror, motionless.
Our second reading of the narrative leads us to believe that to escape her situation GaIn in fact kills Ji Hoon, the blood symbolising death.

GaIn’s statement make up includes striking red lipstick. Red lipstick has long been associated with sexiness and strength. Her character in the mv could be considered much the opposite of strong as she gives in to Ji Hoon. It is then up to our interpretation of the ending as to whether we want to consider Ji Hoon’s conclusion a strong outcome for GaIn. 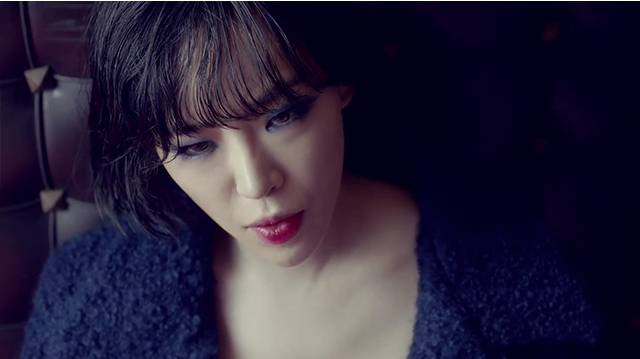 While GaIn is undoubtably a sexy woman anyway, her styling presents her in a sexualised manner in the mv, not only including the ‘sexy’ red lipstick, but stiletto heels, and a black slip nightgown. 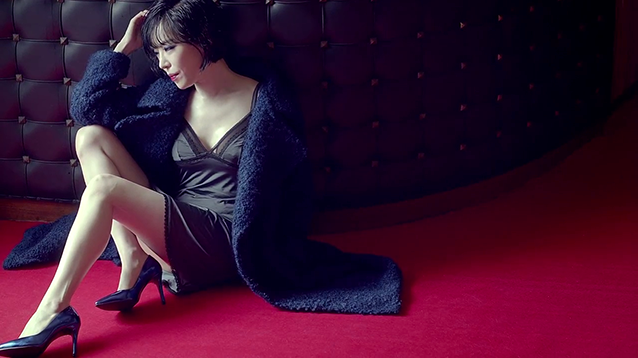 Adding to her already sexualised manner are the momentary occasions in which GaIn still sings her lyrics with the seductive expression that she has been known to employ. Just like the styling this shows a slight weakness in the narrative, though reflects a weakness in GaIn, the weakness that means she gives in to Ji Hoon.

Whether you agree or disagree with this concept, it is undeniably going to be one of the biggest talking points in kpop for January, if not the first quarter and beyond. Already banned from broadcast and performance on SBS, it is only a matter of time before KBS and MBC follow suit. Though, similarly to LeeSSang’s Gary and his controversial and also banned Shower Later and ZOTTO MOLA, GaIn’s Fxxk U was never made to follow broadcasting standards, and the decisions of these companies don’t surprise GaIn and NEGA Network at all.

As a single Fxxk U is available now, the EP it comes on, Truth Or Dare, from is due to release on the 6th February.

[I in no way support the statement that appearance would be why a woman was attacked, or that any woman is ‘asking for it’ – this blog simply comments on the strength of the symbolism in GaIn’s mv]