LOEN Music, one of the devisions of LOEN Entertainment has rebranded this week, becoming 1theK.

LOEN Music is the content production devision of LOEN, they assist companies with album production through numerous means, be it cash investment, production of physical CDs, distributing albums, any process that is required to get an album from recording and production to shelves.

LOEN currently distributes over three hundred titles per year, their company working to discover the best albums for investment in production.

Their LOEN Music branding was a continuation of the parent logo.

The shaping of these letters continued into their overall branding, with titles for all of their features. 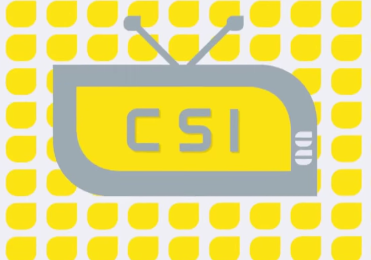 With the new logo the company have lost the parent red completely. Now we are presented with a multi-coloured K, the number 1 cut from this design, the overall branding throughout their features remains unchanged, still using the shapes from the LOEN branding.

1theK is pronounced as it is written, ONE THE KAY, as seen in the introduction to Bebop’s I’M video, seemingly meaningless.

It is only when you look further into the branding that it becomes clearer, yet more questionable.

In their announcement of their new name 1theK added a square brackets to their name, punctuation used to give explanatory information. Displaying the name as 1theK[wʌnðəkeɪ] implied that the pronunciation would in fact not be ONE THE KAY, but WAN DE KEI.
Added to the description that they are to be a Worldwide K-POP Channel and Global K-POP hub, the WAN DE KEI pronunciation leaves us with a novel play on the word wander, to travel aimlessly across areas.

1theK[wʌnðəkeɪ] is actually a wonderfully unique way of expressing the travelling of K [Korean] media across the globe.

Yet we’ve heard the name pronounced officially, with the pronounced perfectly, losing the play on words that in fact makes the rebrand more effective. 1theK can surely attribute the many comments declaring LOEN to be a better name and not understanding the new name to this weakness presented by their contradictory branding.

Only time will tell if 1theK roll out similar branding for their channel features, losing their old LOEN style. Personally I can’t see the colloquial pronunciation of the name ever being used, therefore it is simply a case of a brand whose name allows for the moment of realisation upon when you know what it means you gain the feeling of being part of a more knowing audience. This is a tactic many brands use, be it through the history hidden in their name, a hidden meaning behind it, or an inventive element of their logo.

1theK does work as a brand, it is the full knowledge of the name that really shows this rebrand for its full effectiveness.