WARNING: The Day Before covers sensitive topics – you might want to read this before watching.

For many reasons Nell’s comeback is one of my favourite mvs from 2012. It is challenging, powerful, emotional, intelligent – it speaks volumes.

Lee Min Ki is reading the book ‘And Our Faces, My Heart, Brief As Photos’ which is about using the camera as a narrator and explores many thoughts on mortality and death and how we understand it. Song Jae Rim is the ‘narrator’ behind the camera across the table. We see them talk, though we aren’t party to their conversation. Min Ki is delivering to Jae Rim words that get heavier. A conversational suicide note as he pours poison into his coffee. 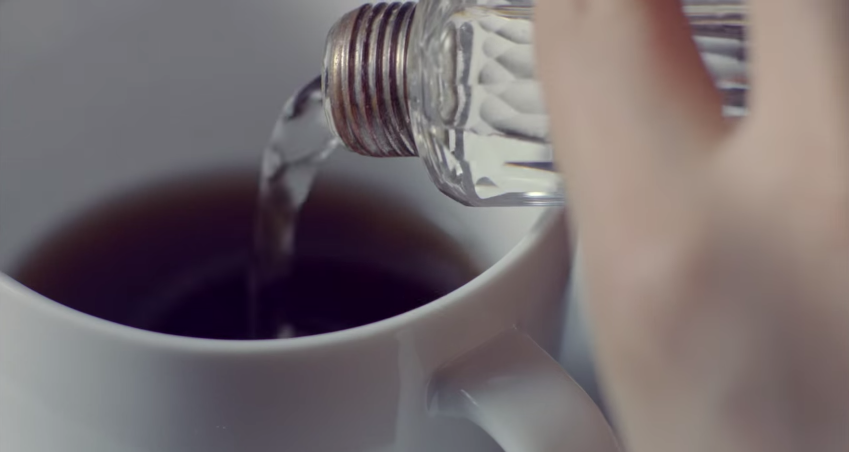 Like in life we’ll never know why as we can’t hear Min Ki and their situation seems too complex to explain.
Jae Rim has to smile in acceptance at his friend’s decision and we are left without a full explanation of how his friend’s death will affect him.
Though on the table lies unfinished wine and bread, the Christian symbols for remembrance and forgiveness. We can assume Jae Rim, through talking to Min Ki in his final decision, at least understands, accepts, and forgives his friend for his choice. Suicide is an extremely taboo conversational topic in South Korea and the country has the highest rate of suicide in the world because of their resistance to talk about it and the causes for such thoughts.
Nell’s choice to cover such a topic in a obvious way is brilliant.

Every time I’ve watched this video I’ve cried – yet it’s so wonderful I wouldn’t ever want to avoid watching this mv. If you can face the topic of The Day Before this is an mv you shouldn’t miss.