NU’EST are set to return on 9th July with their first full album Re:BIRTH. Most of their cards have been kept close to their chests with the comeback announcement coming as somewhat of a surprise, and most information about the return still being kept under wraps.

Slowly Pledis and NU’EST are releasing TS images in preparation for the album. 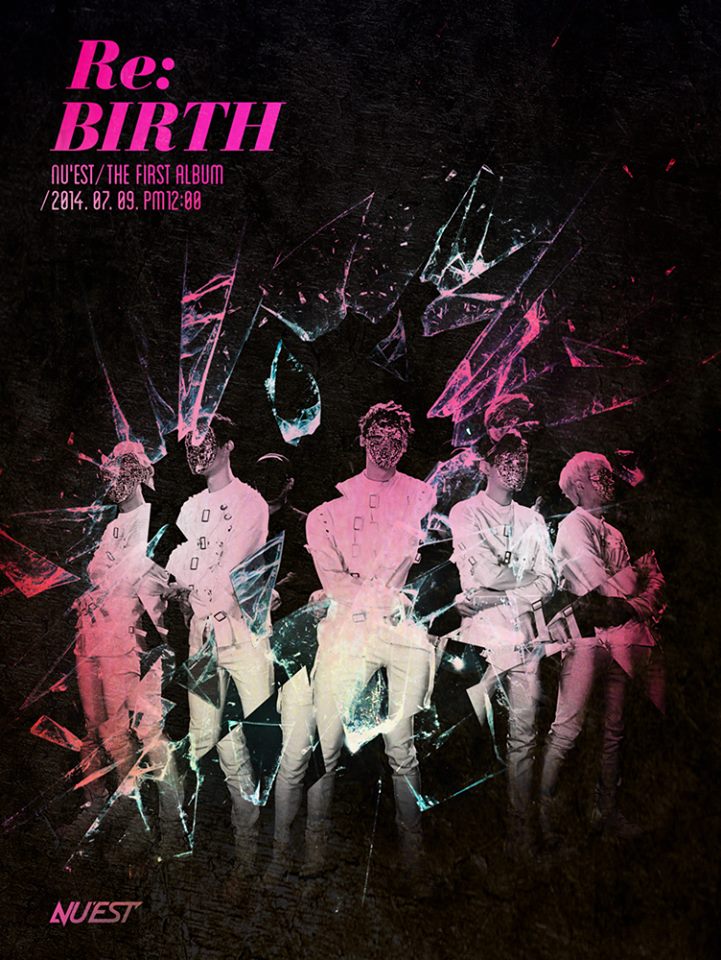 The first image, since confirmed to be the official album art, features the members in all in white, including straightjackets, and their faces covered.

The broken glass, straightjackets and colour tones had fans talking talking of NU’EST’s past wish to return to social issues such as depression and suicide – and alongside the title Re:BIRTH many have considered the album concept may be about NU’EST being reborn with a new image.

The next series of images released were individual member teasers. These images displayed much juxtaposition to the album cover, causing ConceptLore to consider whether initial thoughts on Re:BIRTH had been a little too straightforward. 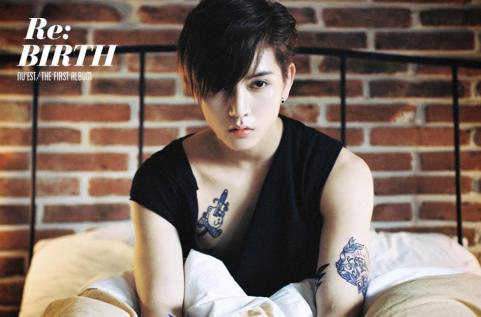 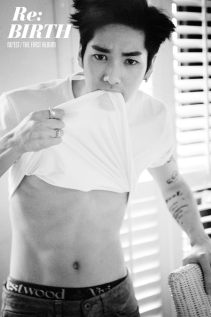 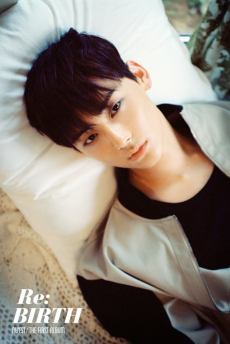 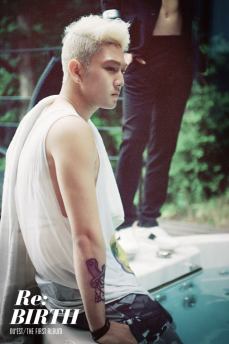 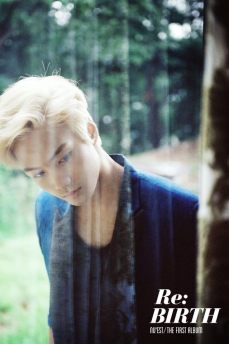 The individual teasers may be very different to the album cover but they hold very strong, and consistent ideas. Of course the most striking transformations are that of Ren and JR, both having changed hair colour, and Ren losing his long thought of feminine image. Presenting the group as young, attractive males is very key to this series.
They are being presented in a more matured light than they ever have before, their style is no longer loud but still shows their youth, and most importantly each member has a different edge of masculinity that female fans can fall for.

Comparing these to the album cover is this being reborn? Undoubtably for Ren, but questionable for Baekho for example. So is this about being reborn at all?

Looking back at the title Re:BIRTH may not actually mean to be reborn, it may in fact mean Regarding: BIRTH. What if NU’EST’s first album is not about disregarding their former image and becoming reimagined, it is in fact about finally emerging established, formed, whole – finally defining themselves? They have had time to learn, to grow, to mature and now it is time to show who they really are, in their album, regarding their birth.

All this considered we’re still left with one mystery. The faceless men. In the album cover the five members are joined by an additional sixth person in the back, in black, his face also covered. Fans have speculated it may just be a backing dancer though ConceptLore can’t overlook this. Why would a dancer be on your album cover? Simply, they probably wouldn’t, if there is a sixth person on your cover, it is with reason.

Which leads us to the anonymous person in Baekho’s teaser. Again, fans had a theory, convinced they had matched up the navel and the abs it must have been Aron, right? On his radio show Aron denied that it is him in the background of Baekho’s ts. This leads ConceptLore to believe that the mystery man in Baekho’s TS is the same mystery man on the album cover.

Who he is we can only speculate, technically NU’EST do have another member, though a sub-unit mandarin member [NU’EST M] much like Zhou Mi and Henry of Super Junior M. Jason is the only other known person connected with the group at present, and though there is nothing to say he has any involvement with the first Korean album from NU’EST the inclusion of a sixth person in their promotional teasers could have you first thinking of him. Only time will tell who the mystery person really is.

NU’EST’s first album Re:BIRTH should undoubtably present interesting imagery, and much discussion as Pledis continue to tease the release over the next two weeks.