Today, August 16th, marks PHANTOM’s debut anniversary. A whole year since the hybrid hip hop unit officially hit the korean music market (which I’ll mention more about further into my blog) but just shy of their anniversary the group presented fans with I Already Know.

The mv for I Already Know is, in majority, footage from their first concert since debut, held at UNIQLO AX in May.
Concert footage mvs aren’t unheard of but PHANTOM leader Kiggen had an idea for this mv that would connect them with their fans.

They asked members of their Daum fancafe who’d recorded HD fancams at AX Hall to send them to WAEnt for their new mv.

Kiggen has expressed on twitter that he thinks that the shaky videos that fans take are more touching than any high-quality cameras, so we can take this as his reasoning for his mv idea.

The MV for “I Already Know” was created using the shaky videos that everyone has sent us for the past year. It’s a live info show that’s more touching than any high-quality cameras.
[translation via tumblr:allbrandnewmusic]

The mv features clips from all through the show, including images from the big screens on which other idols that are fans of the group appear, including Super Junior members Kangin, Donghae, Siwon and Eunhyuk.
Block B’s Zico is also in the mv as he performed on stage with Hanhae.

The fancams are also cut with backstage footage from the show and some of the footage WAEnt took for their PHANTOM The 1st Concert Behind the Scenes clip.

To mark the growth of PHANTOM and the connection between the group and their fans, those that have been there since the very beginning will recognise a cut from the first ever release pre-debut, on the 7th September 2011, 19 Song (Love Songs That Teens Cannot Listen To).

The album art is bright and summery, and very much in fitting with their previous cover for Come As You Are. 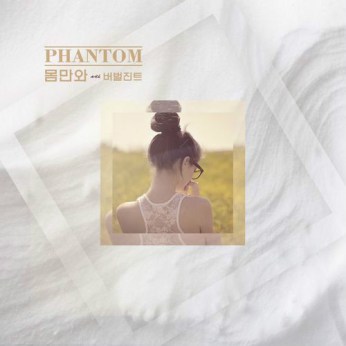 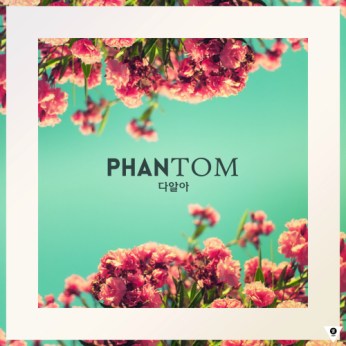 However the simple hangul created for the teaser seemed far more fitting. 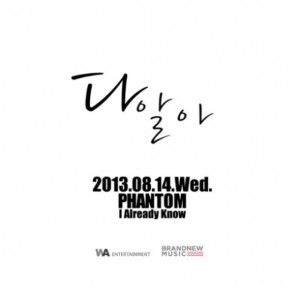 The calligraphy style created the idea of a young face and a small arm holding something – the perfect image of a fan holding a light stick?

With Kiggen’s concept idea and editing contribution to this anniversary track this is a great marker for their debut, and their fans have fallen in love all over again.

So, this time last year, who were PHANTOM.

And here is their debut stage on M Countdown.

Want to know why I love Kiggen, Sanchez and Hanhae and everything about PHANTOM? Have a look at my 300 Days With PHANTOM post. There are far more reasons I could add, but we’d be here forever.