BIGBANG member Taeyang returned to the solo scene with his track Ringa Linga, written and produced by leader G Dragon.

The mv came after the, questionably better, Dance Performance video.

The Dance Performance was impressively filmed in two continuous shots. It features all American dancers including alumni from the SOREAL Dance Crew, Guero Charles and Adrian Thompkins, and was choreographed by Parris Goebel, the leader of the all female hip hop dance crew ReQuest Crew, and choreographer to the likes of Jennifer Lopez.

The official mv features a watered down version of this fantastic choreography, this time performed by HiTech, the male YG dance crew.

HiTech aren’t the only YG males you’ll see in the mv, filling in the crowds you might spot members of Team A, now known as WINNER, & Team B from Win.

G Dragon also appears in the mv, in scenes in a customised four by four. 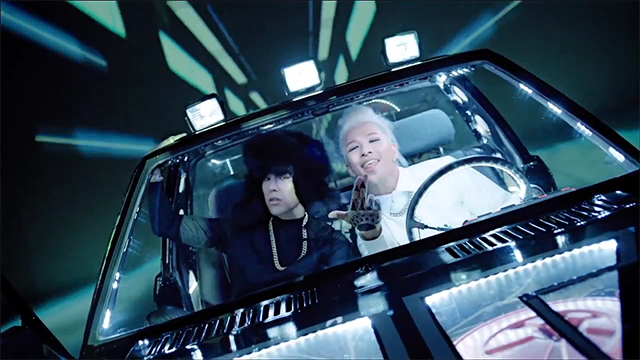 G Dragon and Taeyang wear opposing colours, GD in black, Taeyang in white. The colours of dark and light, night and day. Taeyang’s clothing colouring reflects his stage name, which mean sun, and this isn’t the only time Taeyang, or Sol’s, meaning appears during the mv.

Taeyang opens the mv on a girder with the yellow sun filled sky behind him. Tribal sun designs also appear throughout the mv on dancers clothing and on the walls. 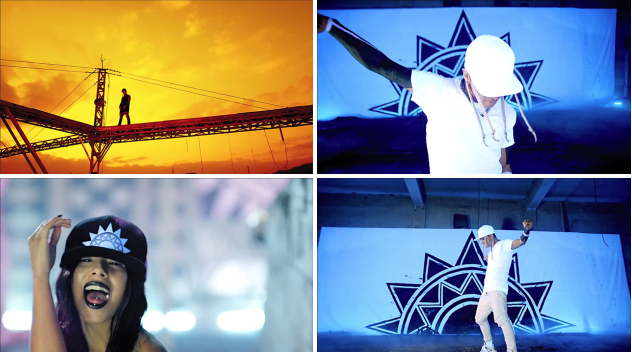 In the teaser images for the single Taeyang’s name is created from lettering that is made to look like Old English Runes. Not all of these are real Runes. Though the backwards N coincidentally is, this Rune, actually an s, is called the sigel, and means sun.

Another interesting graphical reference is one that appears on the ceiling and Taeyang points to. 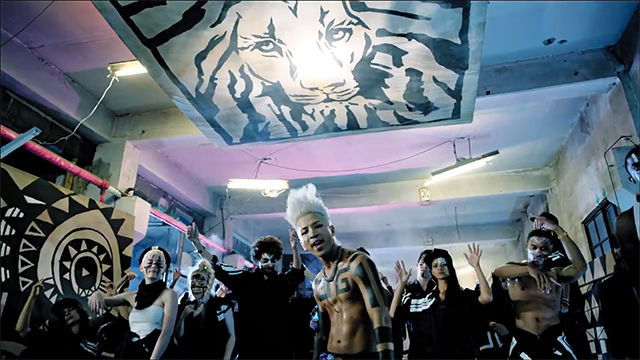 The lion symbol is one we have recently seen in 2NE1’s Falling In Love mv, this is a symbol used in the reggae movement, which is why it was apt for the 2NE1 track, but considering Taeyang’s faith the symbolism still stands outside of reggae.
A lion in reggae and Rastafari movements represents The Lion of Judah. In the Book of Revelations the Lion of Judah represents Jesus, strength and divine truth. This symbol shows Taeyang’s faith and strength.

G Dragon’s influence on Ringa Linga is very clear, though Taeyang’s natural musical style is blended into track perfectly. The fusion of the two styles makes this track a unique new direction for Taeyang and a track I’d recommend.