Kpop boy bands are everywhere. For every one clocking up another year hoards more appear. Last year at least two dozen debuted, how many will survive and stand the test of time is questionable, but they’ll try.

Where did it all start? Media giant SM Entertainment brought about the changes in Korea’s pop music industry with five piece idol group H.O.T. [High Five Of Teenagers].

Seo Taiji and Boys has really kicked off Kpop as a genre bit it would be H.O.T. that caused the popularity of duos and soloists to decline and the idol group phenomenon to begin.

Despite a rocky start with Junsa Ae Hoo Yeh (Warrior’s Descendant) it was their second single, Candy, that rocketed H.O.T. to the top of the charts and on their way to success.

What is so special about Candy?

If you haven’t heard this song by H.O.T. chances are you’ll have heard it by one of your favourite idols.

With its cheerful, upbeat track and fun, lively dance it’s hard to believe what meaning lies in the lyrics.
The song is in effect a break up song. A man telling his girlfriend that he no longer wants to be with her because his feelings have change so he must leave. The sound is a contradiction to the content and the disjoint is the main reason the mv is the perfect concept for such a track.

Candy’s mv is set at Lotte World. Lotte World is a recreation complex that consists of the world’s largest indoor theme park, an outdoor amusement park, an artificial island inside a lake linked by monorail, shopping malls, a luxury hotel, a Korean folk museum, sports facilities and movie theatres.

In the whimsical setting, surrounded by the carousel, Lotte castle, shopping malls and amusement kiosks, the fun of the then teenage members have distracting the staff member and playing for the camera is an escape from the reality of the song.

Their already rising popularity can be seen in the cut-in scenes of group performances.

Their over sized clothing would become a staple image for the members, especially through their early years, and their iconic sweaters would make them easily recognisable. Each member was assigned both a colour and a number as branding for the group. Their numbers referred to their school roll numbers, with the exception of Tony who has studied in America, 07 being his favourite number. 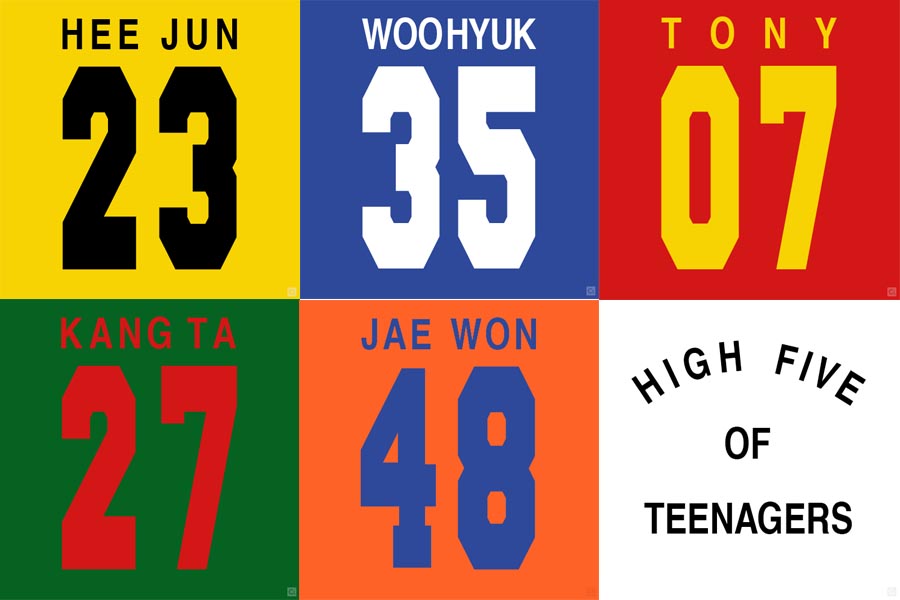 The only possible way to start an idol group phenomenon was with the perfect combination of good looks, flawless vocals, seamless dancing, and catchy tracks, and the teenage target market of this group couldn’t get enough.

So – that’s how the first generation did it, but what about the masses of boy band idols that we know and love now that have followed in H.O.T.’s footsteps and covered Candy?

And as a bonus: