VIXX are back with their fourth release this year, Girls, Why?. This time it’s a project collaboration with indie pop duo OKDAL.

The mv to begin with is set in split rooms, VIXX in one, OKDAL in the other, and neither group can pass in to the other. 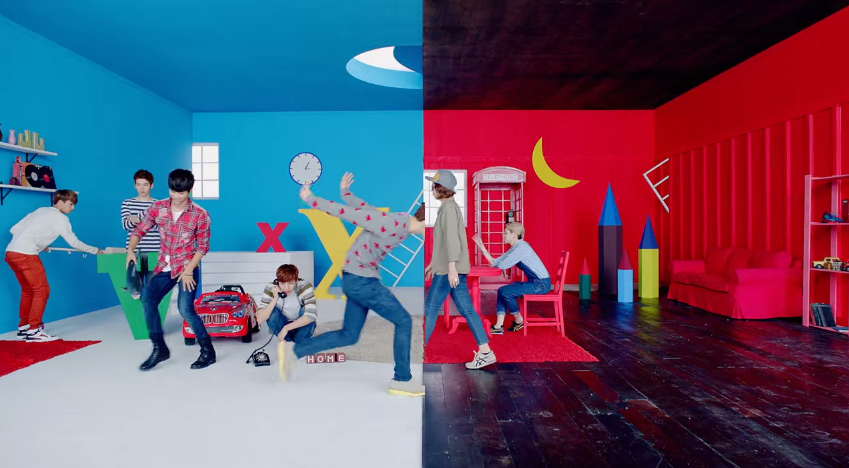 Though soon Leo finds he can pass into the other room, most of the others following him. Ken still finds he’s stuck in the VIXX room, bouncing back off the invisible wall between the two. Ravi lends a hand and pushes him into the red OKDAL room to join in the fun quickly though. 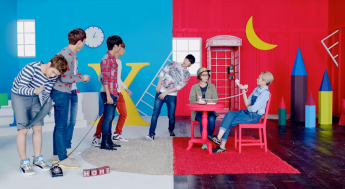 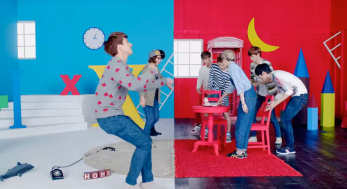 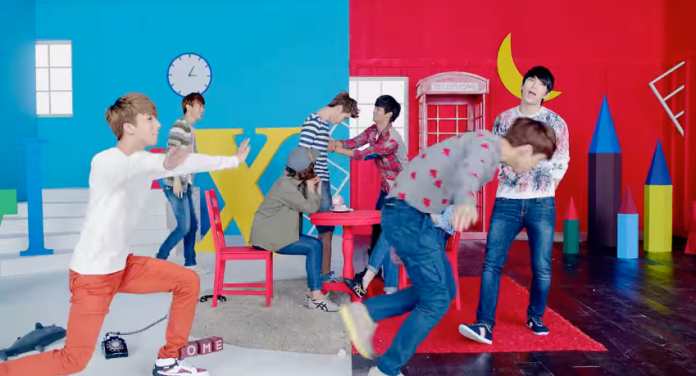 The split rooms are full of the two groups having lots of fun, from Ken playing with a plastic shark, to Sae Jin throwing a paper ball from her room to the other at Leo’s head, to Leo and Hongbin playing around on a children’s toy car. 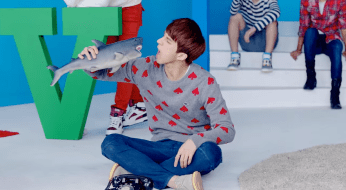 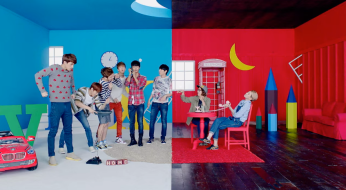 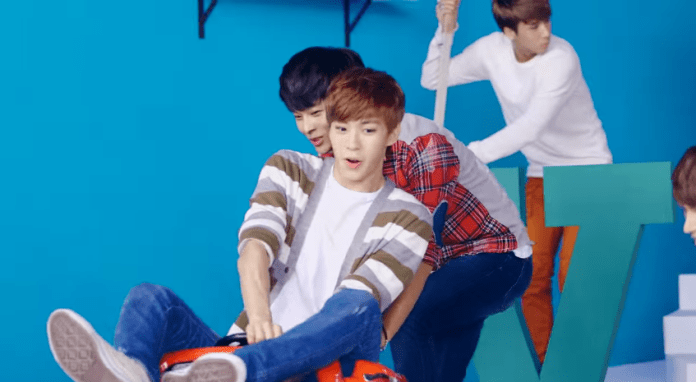 Ravi splits the screen to reveal a new setting, this time involving stagehands dressed completely in black to blend in with the background to have the setting interact with himself and Sae Jin. 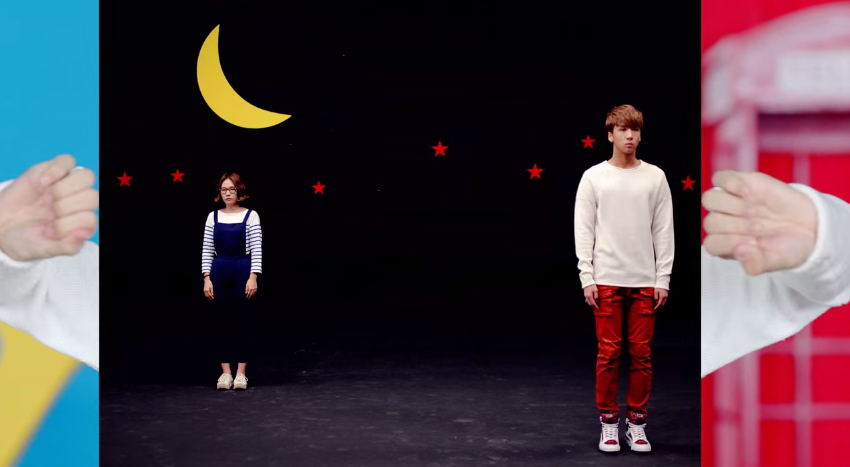 This continues with shadow play with Leo and Ken, as black hands pretend to poke them and grab hold of them, Ken even squirms as he is ‘tickled’. The stagehand is then dressed in white as Hongbin gives Yoon Ju a bouquet of flowers and a large heart ‘floats’ between the two. 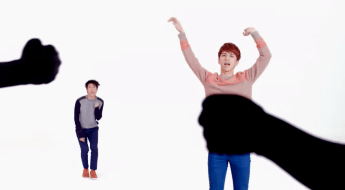 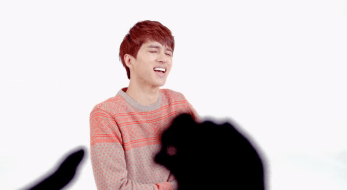 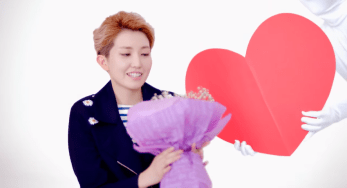 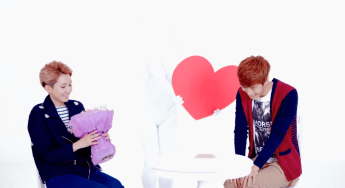 This shows the fun side of VIXX, as a number of their other mvs have. VIXX are known for their strong concepts and this one is no different.

Girls, Why? comes as part of a mini release called Y.BIRD From Jellyfish Island and as well as the instrumental of the title track it also features a second collaboration called I’m A Boy, You’re A Girl.  You can download the mini from iTunes.