Zico released his mini album, Gallery, just over 48 hours ago in Korea, and the release includes the mv for title track Eureka.

Eureka features R&B artist Zion T, and is full of clever lyrical and visual puns.
Zion T begins the song with a reference to both the female shape and his arousal.

I want to touch you, big booty girl There’s an exclamation mark in my pants

The female shape is something that’s gotten plenty of attention in the past few months in Kpop, with the likes of Park Jin Young’s Who’s Your Mama? and Jay Park’s Mommae. Mommae particularly includes the lyric ‘When I’m in front of you even Beyonce’s butt seems flat‘, yet there isn’t a girl to be seen in the mv with a shape even comparable to Beyonce. This lyrical adoration of female curves but a lacking visual adoration hasn’t gone unnoticed. But it seems Zico and Zion T have done a much better job.

The first scene in the mv plays on a popular trend in Korean visual, the crime fighter and the seductress. Zico and Zion T are both private detectives, the female client playing their temptation. We’ve seen this visual in popular tracks such as Super Junior’s Devil and in the Overclass single Where Did You Sleep. 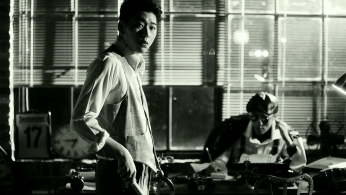 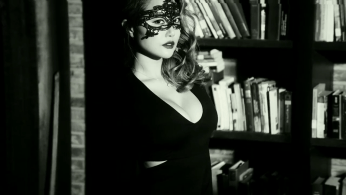 We see Zion T doing a little detecting in an art gallery with a magnifying glass. What is he looking for? He’s looking for his ‘big booty girl‘, but is he also looking for those same women promised but not delivered in mvs such as Mommae? 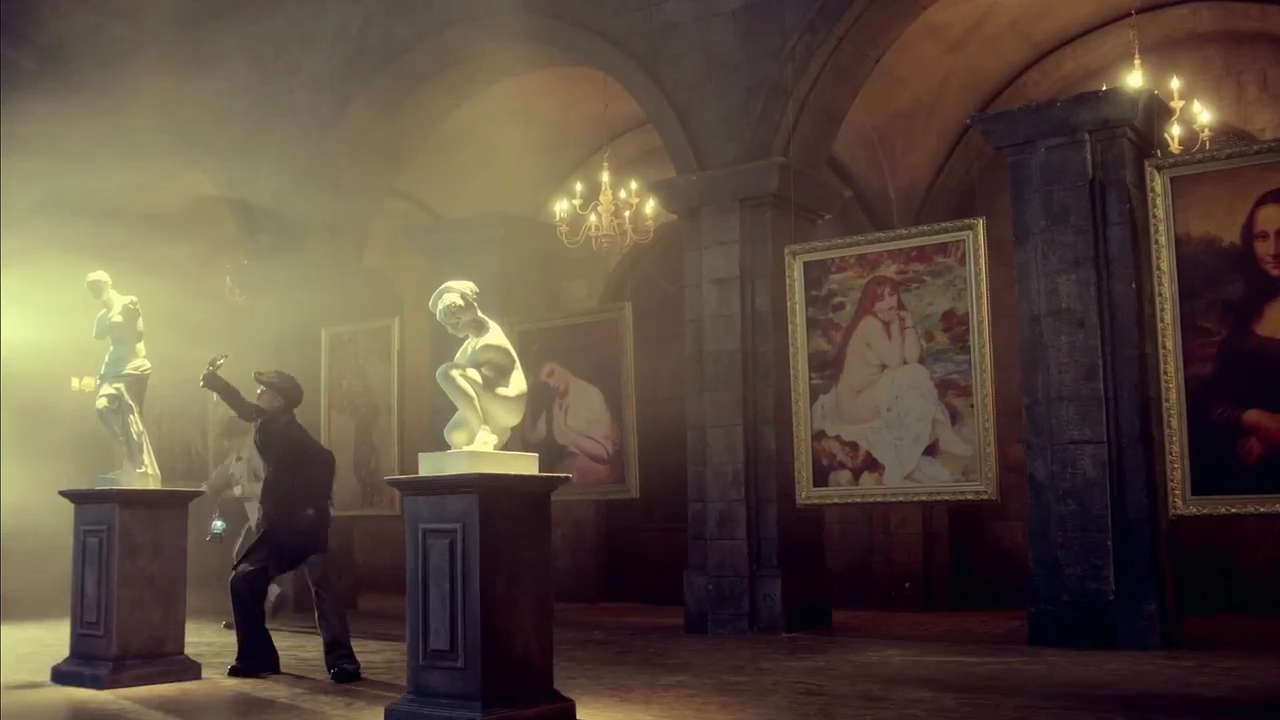 Other scenes include notable sexy, powerful women. The Korean actress takes on the role of arguably one of the sexiest modern women, Marilyn Monroe; and ancient figure of similar note, Cleopatra.
They also apply this theme in a fully Korean visual, with the gorgeous image of a woman in traditional Hanbok. 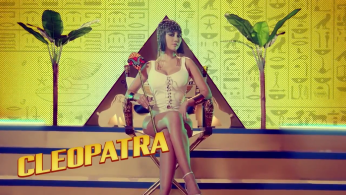 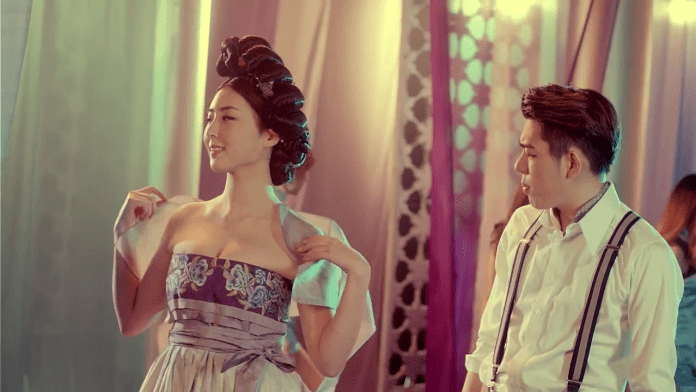 There is lyrical and visual puns and suggestion a plenty with the likes of ‘You can’t be covered even with a 19+ label‘ and the visual displaying the seemingly naked body of a female barely covered by the number 19. This is a reference to the adult viewing restriction age. 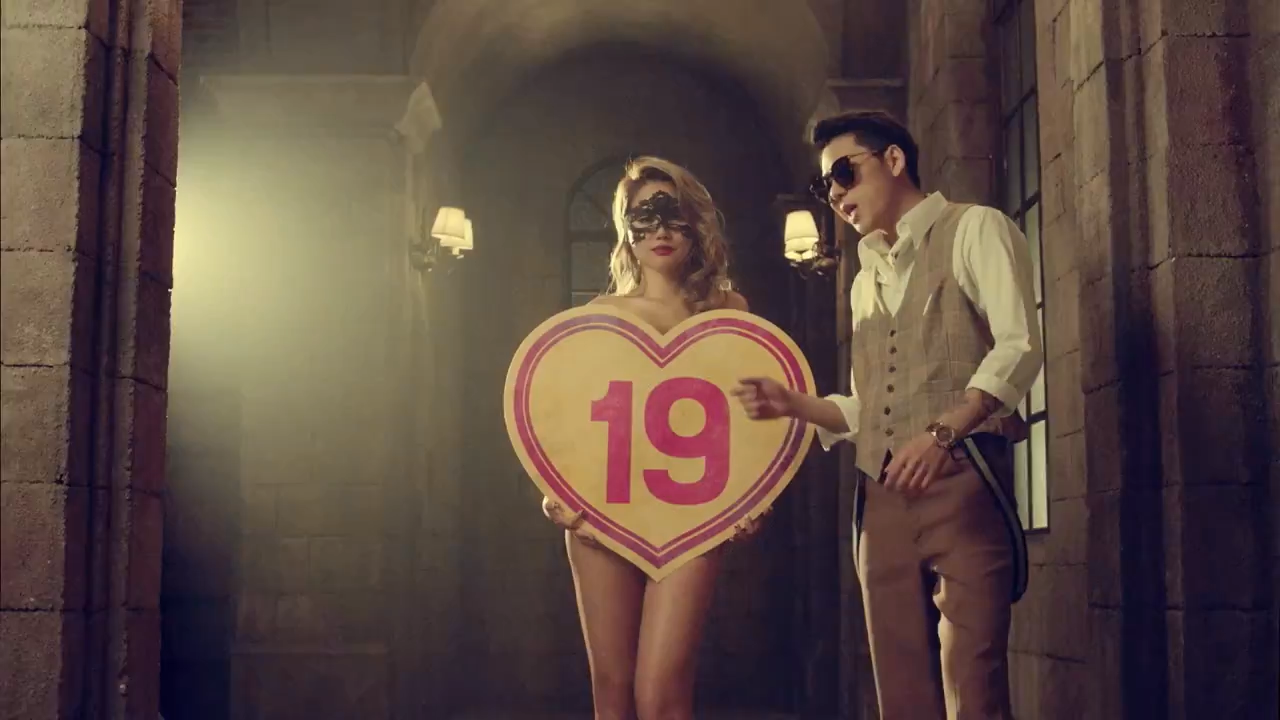 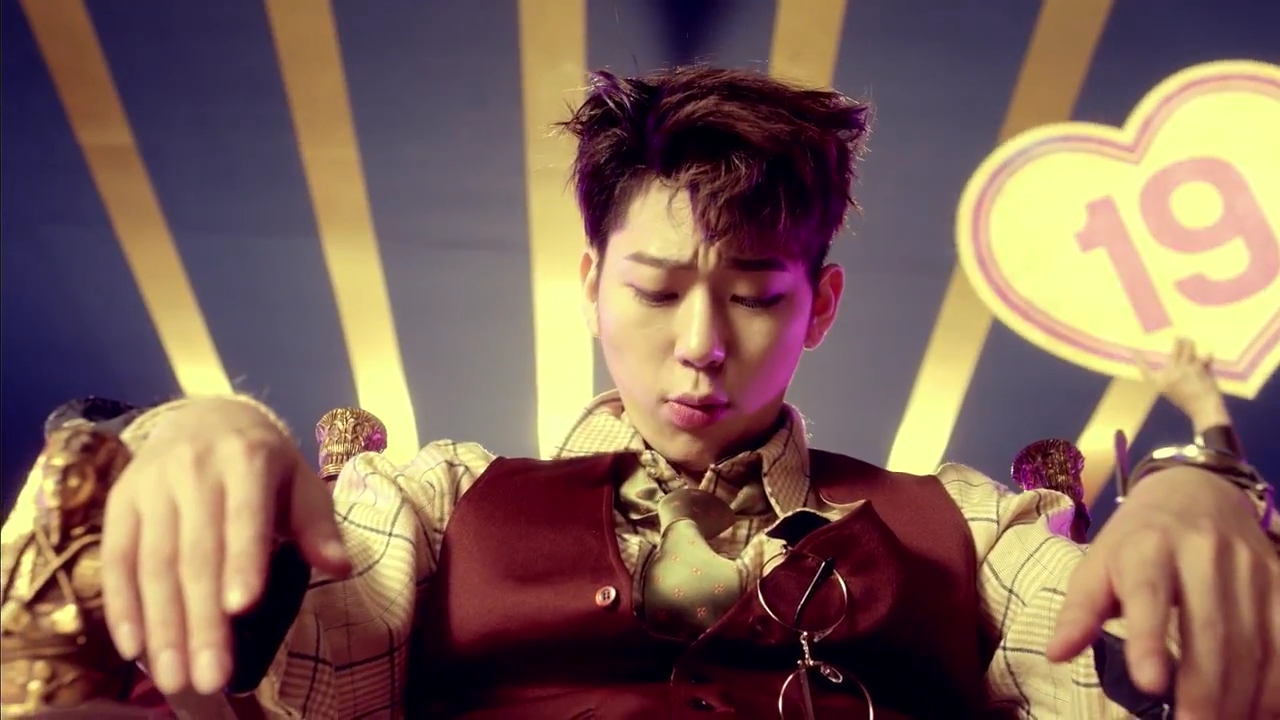 Alongside the rear view of the woman Zico raps ‘How did you get that / Full apple-hips / I wanna be Jobs all day’. Steve Jobs was a co-founder and CEO of Apple, and Zico uses smart word play to suggest his appreciation of her figure. 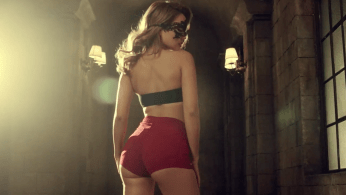 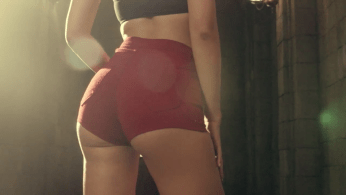 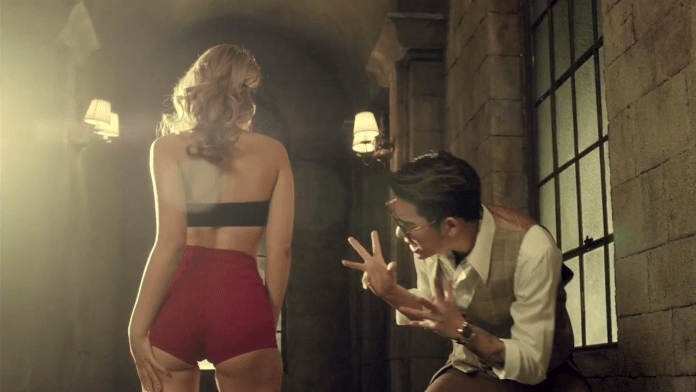 Zion T’s smooth vocals turn into a rap that speeds up with each word, into a musical climax before a pause in the music. During the silence Zico is pushed into a milky bath a visual symbol of the woman’s part in his own climax. 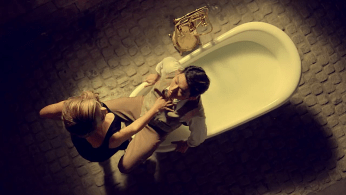 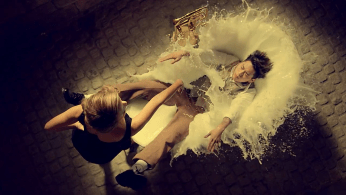 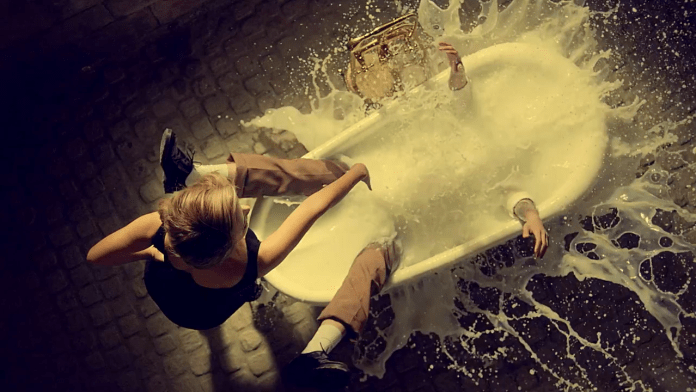 Eureka is a catchy track that will have you hooked to its unusual sound in no time!